I was working with a student as they prepared for our upcoming studio recital. Their memory was coming together, but the piece had several sections that repeated, and the student was trying to solidify the complete structure of the piece in their memory. It was tricky to keep the order of the sections straight. And not every repeat was an identical copy of an earlier occurrence. So I used some of my best tools for aiding memory: scissors and tape.

I made a photocopy of the music so I could alter it without damaging the original. Next I cut up the music according to its phrases and sections (but not according to the page layout as it appeared in the book). Making sure to remove any identifying features such as measure numbers, I cut things mid-line and taped them back together to serve our purpose. Then I shuffled all the pieces and laid them on the table. 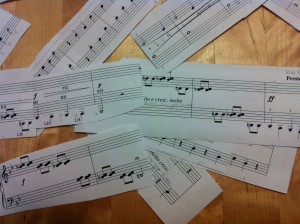 I asked the student to sort them into the correct order. This took some concentration because the lines of music were broken up from their usual pattern on the page.

It didn’t take too long and the student had the piece laid out on the table in the correct order. Now it was easy to see the overall structure that had been partially hidden before. When we compared repeating sections, it was clear where the variations occurred.

Then I asked the student to perform the piece from memory. The student gave a secure performance on the first attempt. And that was it. From then on, the large form was settled in the student’s memory, and they went on to give a great performance at the recital.

How to Cheat at Piano

There’s been a lot going on in the studio lately. Everyone (including me!) is preparing for something – group performance…

My students just performed at a students-only performance class, and are now preparing for our upcoming recital. At recent lessons…

Congratulations to all my students who played at our recent recital. To celebrate Canada’s 150th birthday many projects this season… 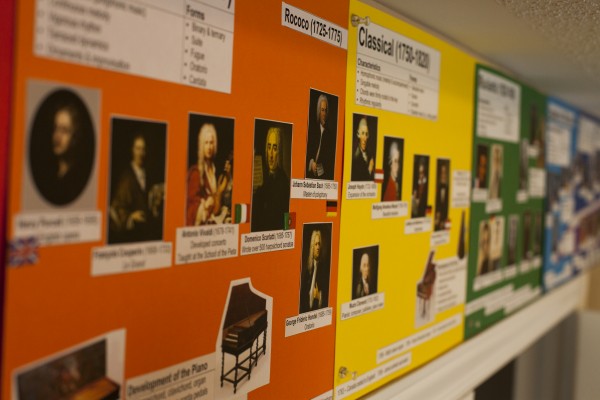 When you attend a classical concert you are often given a booklet that lists the order of performance that evening,…